Week 2:
So far I'm really enjoying the challenge. Making a setting from scratch really forces me to think outside the box to make things interesting. The world took on a more "prehistoric" feel after I added Ice Age American megafauna to the random encounter table for the Sancana Steppe. I also decided to add enormous deadly tar pits to the map. Since all my players and myself are from LA we all know the stench of tar from the La Brea Tar Pits, a cool touch to to describe the landscape with.

1. Get a sheet of hex paper. Draw the following on it, one item per hex (or more if indicated). Name anything worthy of a name.

The tasks also asks you to name multiple settlements and landmarks. I named the bigger city-state Evangelos and the smaller one Cappadocia. There's a small town between named Mun. The forest north of the Zane river is the Blackmagne Forest, south of the river is the Sancana Steppe. I was heavily inspired by the map in the challenge zine so I stole it's style. 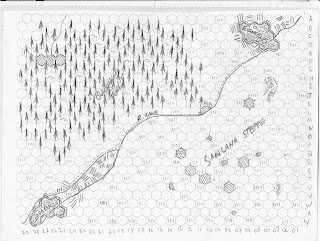 CENTRAL LIMURIA 1 Hex=6 miles.
After drawing the map I put it in a plastic sleeve which lets me draw the dungeons and stuff over with a wet-erase marker. This has the dungeon entrance that the task ask you to do. Oh and the "mysterious site" is Devil's Rend, a deep canyon located south of Evangelos. A horrible devil is rumored to reside there.
2.  Extra Credit: Write a Random Encounter Table 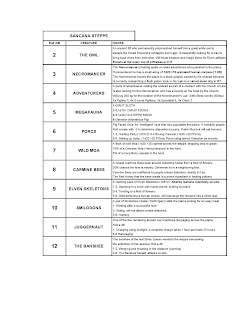 The random encounter table was really fun to make and helped the setting take on a prehistoric flavor. Also I managed to write in my hatred of elves by killing them off in an extinction event. Their bones still walk the land though. Also no horses, moa are this world's horses, Final Fantasy chocobo style.

CONCLUSION
I'm getting a little worried about Week 3 since I've never done a "traditional dungeon" but it should be interesting. Also might update this post with random encounter tables for the Blackmagne Forest and the old main road between the cities. All in all a very cool challenge, thanks for reading! 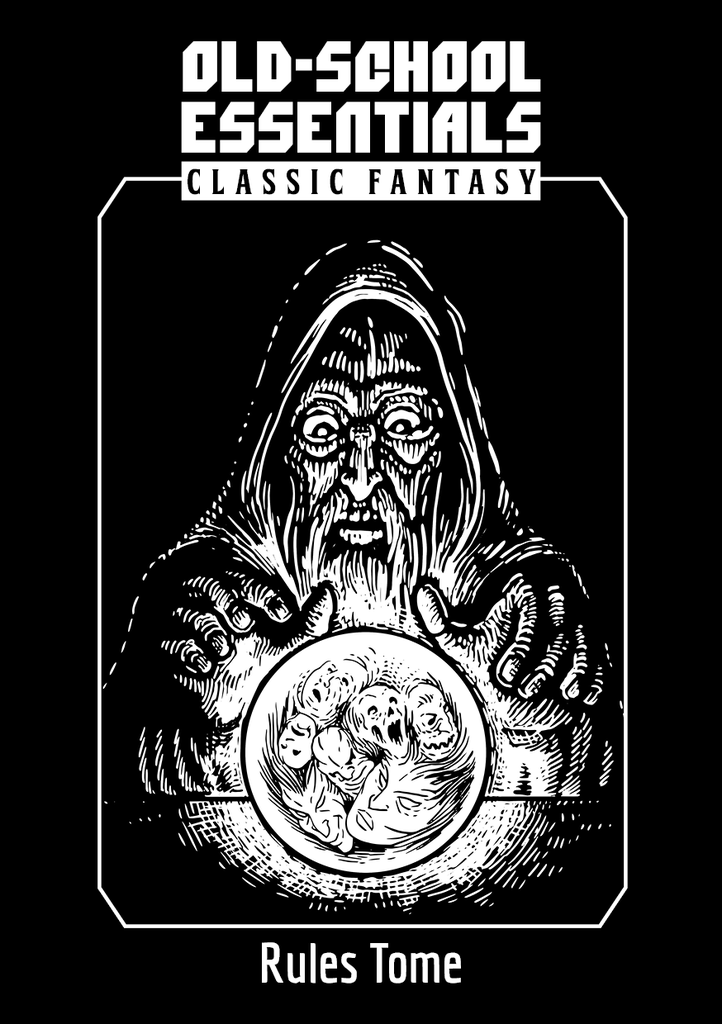